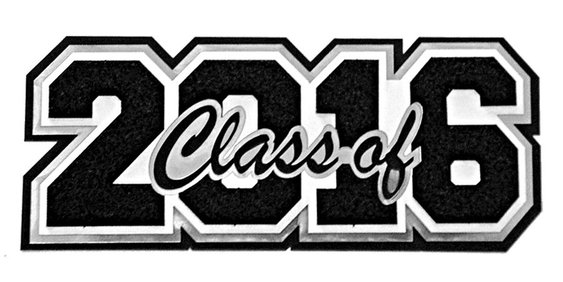 There is a grade that every teacher has heard horror stories about. Some say they may be the worst to roll through Aitkin High School. They have a famous reputation for giving the school a run for their money. This graduating class has been told over and over again there will be parties when they are gone. This is the class of 2016.

If you have any connection to the school in any way or just keep up with community gossip, there is a good chance that you have heard about the class of 2016. This group of students are anything but ordinary. We have had more people have run-ins with the cops than all other grades combined. Some of our classmates have already started a life of crime and at a young age. With multiple stolen vehicles, party incidents, and a couple classmates behind bars already, we aren’t exactly the best role models.

This does not mean that we haven’t done anything good, though. There are a lot of very intelligent and kind people whose good deeds go under the radar because of our reputation. In our grade many athletes have done exceptional things such as Noah Landrus winning a state wrestling title or Nathan Davies reaching 1,000 points in his basketball career. Those are just a few, but there are many others who have been doing great things in different sports. There are also very smart people in the class of 2016 including Hunter Conway going to BPA nationals in Boston, Massachusetts. Sam Morris was one of the students honored as “The best of the best” in an art exhibit. There are many others too that I didn’t specifically mention.

Sadly though, many of the “good” kids go unrecognized due to the black cloud that hangs over our grade. I think many people in the class of 2016 can agree when I say that getting told we need to shape up almost equals the amount of time we spent learning. It seems as though many teachers mysteriously retire after spending a year with us. We are also famous for ruining things for other grades, for example Mr. AHS. For this I’d like to apologize to the younger grades because apparently everything we touch turns to dust.

One thing you can say for sure is that we kept the high school interesting and perhaps a little unsafe for the rest of you. There was never a dull moment with the class of 2016 around. A good majority of us went to the office so much that they should have added it into our schedule. If a day went by that there was no trouble, then you knew there was a party going on elsewhere and those individuals skipped that day. We have definitely left our mark on the school even though it was more of a blemish.

​Now everyone is preparing to say their last goodbyes to our grade, some with tears in their eyes and others with expressions of “don’t let the door hit you on the way out.” No matter how you felt about our grade or the individuals in it, everyone can agree we were at least memorable either in a good or bad way, but that is your call. But I’m sure the teachers will be so very sad to see us go, but dear teachers there is no need to worry. I hear the class of 2020 has been paying very close attention to us and wants to follow in our footsteps. Just a little word to the wise for them: Even though we never reached our full potential there will never be a group quite like the class of 2016.
Powered by