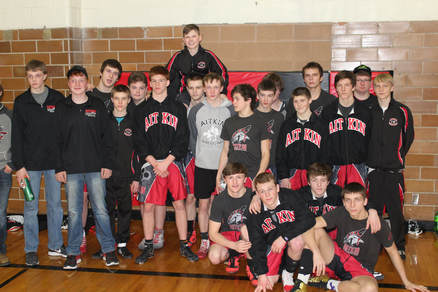 “All of my teammates that are going to state worked very hard to get there,” said teammate Quin Miller. “They put in the time to get there and I’m very excited to see what they can do.”

Pelarski, who earned his trip to state in a thrilling overtime, win-or-go-home match, had this to say about the season: “It would’ve been a disappointment for sure if I wouldn’t have gone to state. We all worked hard this year, really dug down deep.”